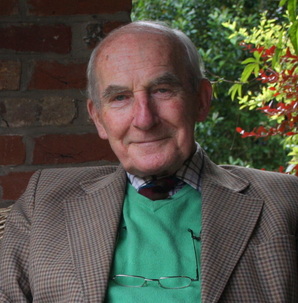 On his retirement from a career as English teacher and headmaster in Northern Ireland, Victor Peskett settled in Metfield, Suffolk, UK. The village itself, its medieval church and the author’s own home, the old Huntsman & Hounds inn, yielded much to stimulate an amateur historian’s curiosity and offered Peskett many opportunities for study. Further afield, after establishing exchange visits with the townsfolk of Medfield, Mass, USA, he researched and recorded the birthplaces of those early emigrants from East Anglia to New England who founded the Massachusetts town.

Peskett’s book Metfield Parish and Poor in the 18th Century resulted from his research into the work of the Metfield Guardians of the Poor, an interest that owed something to the fact that the Guardians often held their meetings in his home, two centuries ago. Whatever the reason, he brings to this study not only a scholar’s eye but a way of seeing behind the formal entries in the Guardians’ Minutes to real people, some struggling with poverty and sickness at a time of great rural hardship, and others devoting time and energy to assisting them in their plight.

Victor Peskett died on 31 March 2012. A memorial service was held in Metfield church on 12 May 2012 during which his ashes were interred in the churchyard. Buy Victor's book>> 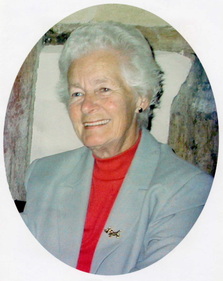 Evelyn Whiting was born in Stradbroke, Suffolk on 26 August 1929. But it was to the village of Metfield that she gave her heart when, from the age of three, she began to come regularly to stay with her aunt and uncle, Lesley and Eva Davey. Lesley was a builder and Eva acted as housekeeper to the Ling brothers, who lived in Rose Farm in the centre of Metfield. This was to be the scene of Evelyn’s happiest childhood memories, and the beginning of her lifelong devotion to all animals – particularly the farm horses.

Evelyn and her husband Russell (a ‘horseman’, naturally) later set up home in Metfield with their two children, becoming immersed in village life and particularly the life of the church, to which they gave many loyal hours. Horses remained their first love, and in later years Evelyn and Russell were frequently to be seen bowling along (dressed for the part) in their brightly turned-out pony and trap.

Evelyn died on 18 November 2004 and is buried in Metfield cemetery. Buy Evelyn's book>>